From the desk of Jason L. Rickards, Professional Wetland Scientist 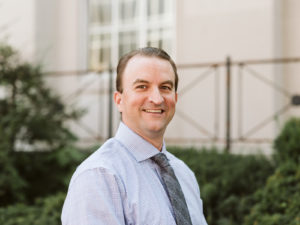 The EPA and US Army Corps of Engineers issued a Rule last week to replace the 2015 Clean Water Rule, which reduces the area of wetlands, headwaters, ephemeral and isolated wetlands and waters that are federally protected.

The proposed new definition of the Waters of the United States Rule or WOTUS, will remove federal protections from streams and related features that flow only following rainfall (also known as ephemeral), as well as wetlands not “physically and meaningfully” connected to larger waterways (sometimes referred to as isolated). The new Rule is based on the late Supreme Court Justice Antonin Scalia’s definition of Waters of the United States, as well as past Supreme Court decisions such as Rapanos and SWANCC. In 2006, Justice Scalia, said the Clean Water Act should extend only to waters and wetlands with a “continuous surface connection” to nearby rivers and streams where it is “difficult to determine where the ‘water’ ends and the ‘wetland’ begins.” Under Executive Order, EPA drafted a new Rule that proposes a clearer, understandable, and implementable definition of “waters of the United States” that clarifies federal authority under the Clean Water Act.

A more detailed explanation of what is proposed as jurisdictional versus what will be considered as non-jurisdictional is as follows.

The proposed Rule outlines six clear categories of waters that would be considered “waters of the United States:”

The proposal also clearly outlines what would not be “waters of the United States,” including:

2. Ephemeral features that contain water only during or in response to rainfall.

4. Ditches that do not meet the proposed conditions necessary to be considered jurisdictional, including most farm and roadside ditches, ditches solely in uplands, and ephemeral features.

7. Wastewater recycling structures such as detention, retention and infiltration basins and ponds, and groundwater recharge basins would be excluded where they are constructed in upland.

To review the Waters of the United States (WOTUS) Rulemaking visit: https://www.epa.gov/wotus-rule/about-waters-united-states