From the desk of Gavin Biebuyck, Principal and Air Quality Expert at Liberty Environmental, Inc. 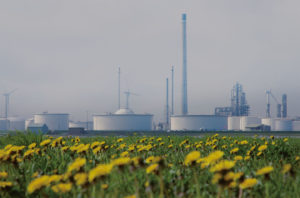 The U.S. EPA announced on April 14, 2020 that they are proposing to retain the particle pollution standards at current levels, without changes.  This announcement was the culmination of a required 5-year review under the Clean Air Act of the National Ambient Air Quality Standards (NAAQS) for particulate matter (PM) air pollution, both the fine particulate (PM2.5) standard and the coarse particulate (PM10) standard.  EPA’s decision not to lower the standards, despite the advice of their scientific advisors, means that many areas of the U.S. which have pollution levels that are below the current NAAQS will remain designated attainment and will not be subject to more stringent pollution reduction targets.

The PM2.5 standards have been tightened during previous 5-year NAAQS reviews and this pollutant is widely regarded as one of the major air pollution health challenges due to numerous health studies showing that the pollutants are so small that they pass through the lungs into the bloodstream and can impact cardiovascular disease in addition to respiratory disease.  A new Harvard study published in April 2020 https://projects.iq.harvard.edu/covid-pm  even concludes that COVID-19 mortality risks are linked to PM2.5 levels:“We found that an increase of only 1 μg/m3 in PM2.5 is associated with a 15% increase in the COVID-19 death rate.”

There are two PM2.5 NAAQS, an Annual standard of 12 micrograms per cubic meter (μg/m3) and a 24-Hour standard of 35 μg/m3.  The EPA’s scientific advisors recommended lowering these standards to between 8-10 μg/m3 (Annual) and between 25-30 μg/m3 (24-Hour).  Lowering the standards by this much would have caused many counties in the U.S. to be designated Nonattainment which would have resulted in more stringent air pollution standards for industry, power plants, vehicles, and even agriculture (ammonia releases from farming contribute to PM2.5 formation).  Instead, EPA concluded that “there are important uncertainties in the evidence for adverse health effects below the current standards” and proposed to retain the current standards without change.  EPA’s decision was generally expected based on the Trump administration’s efforts to reduce the burden of environmental regulations.  EPA has specifically focused on weakening the scientific process by which NAAQS standards are set and has altered the make-up of the Clean Air Scientific Advisory Committee (CASAC), an independent committee of experts that assists EPA in reviewing the NAAQS.

Attaining the PM2.5 standards has been a challenge in many parts of the U.S. due to the many types of pollution sources that contribute to formation of this secondary pollutant.  In the West, PM2.5 pollution is caused by wildfires, wood smoke, and vehicle pollution pooling in stagnant air in valley areas like Los Angeles, Bakersfield/Fresno, and Salt Lake City.  In the Midwest and Northeast, PM2.5 pollution has largely been caused by coal-fired power plant sulfur dioxide emissions.  Over the past 15 years, PM2.5 levels have fallen dramatically as cleaner fuels and vehicles have been introduced and as coal-fired power plants have retired and been replaced by gas-fired plants and renewable energy sources.  The introduction of ultra-low sulfur diesel, cleaner truck engines, and vehicle idling restrictions have helped reduce PM2.5 levels.  Nonattainment areas persist in the West and have been exacerbated by wildfires in recent years.

The EPA’s decision to retain, and not lower, the standards may be a relief to certain industries and States that feared tighter standards would burden their economies.  However, there will certainly be backlash from health professionals, scientists, and many States that have repeatedly challenged the Trump administration on their efforts to roll-back environmental regulation.   It is also worth noting that politicizing the scientific process of establishing health-based standards could have the effect of a future administration proposing even more stringent standards to protect public health.

The full news release from EPA is available here: https://www.epa.gov/newsreleases/epa-proposes-retain-naaqs-particulate-matter